Tourism isn’t just hotels, restaurants and tacky souvenir gifts- it’s a fundamental asset in boosting a country’s economy, creating jobs for locals and covering public service costs. So, before we start knocking tourism, let us make this perfectly clear- TOURISM CAN BE GREAT. However, a lack of consideration on sustainability from holidaymakers is having a detrimental effect on many of our favourite holiday hot-spots.

Sadly, some of the most incredible destinations are being destroyed because of unsustainable tourism. Many of us have the attitude of “who cares” and “it doesn’t affect me” and yes, strictly speaking, that’s true. It doesn’t directly affect you. But it will affect your kids, and your kids’ kids, and they’ll grow up learning about a beautiful place that used to exist… and never be able to appreciate its charm in real life… because, well, it’s gone.

Okay, so Leonardo DiCaprio is slightly to blame for this. Ever since the film ‘The Beach’, this once quiet and secluded island has become a tourist attraction, with over 5,000 tourists showing up daily to swim through its crystal-clear water. That’s not even the worst part. How do you think they’re getting to the island? Visitors are pouring onto boats which has put 77% of the island’s coral in danger. Once a stunning underwater haven, is now a trampling ground for inconsiderate tourists. 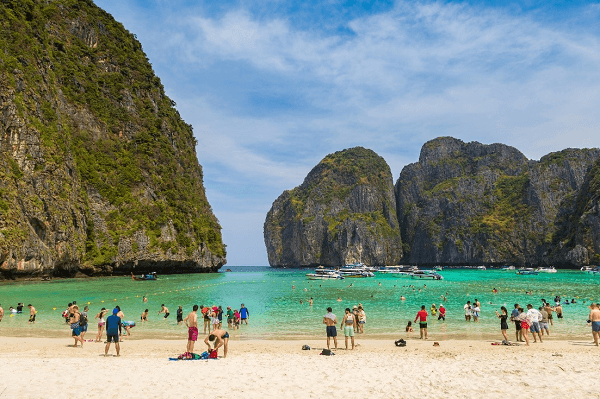 Also known as ‘pig island’- this picturesque destination is perfect for any animal lover. Whilst the island will still be there in 2029, the pigs may not. Visitors frequently feed the pigs whilst on the beach, causing them to ingest a lot of sand. Not only that, there have been reports that some people have fed the pigs with beer and rum- seriously that’s just not okay. Locals have blamed this outrageous behaviour on excessive tourism and a lack of regulation.

If you are planning to visit the island, it important that you respect the animals. Granted, pigs are adorable, however doing something that puts their life at risk (even accidentally) is unfair and unjust. 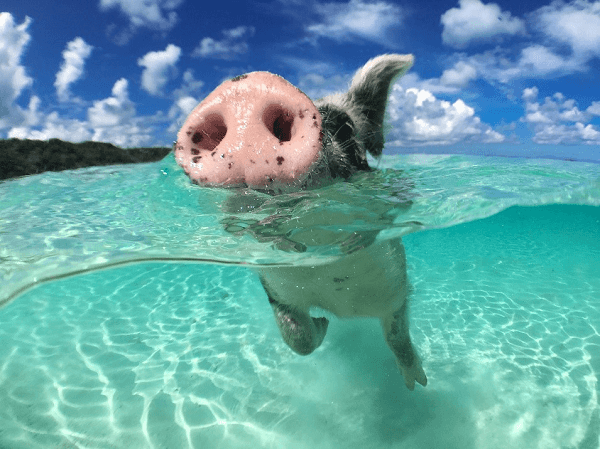 Sadly, the Great Pyramid of Giza is clinging on for dear life as a result of mass tourism over the past 50 years. This has caused irreversible damage. Whilst they were built to last forever, these ancient structures can only take so much, and despite numerous attempts to save the pyramid, the end is near.

If this continues, pyramids will simply be something of the past. Yes, we’ll be able to read about them in history books but that’s about it. 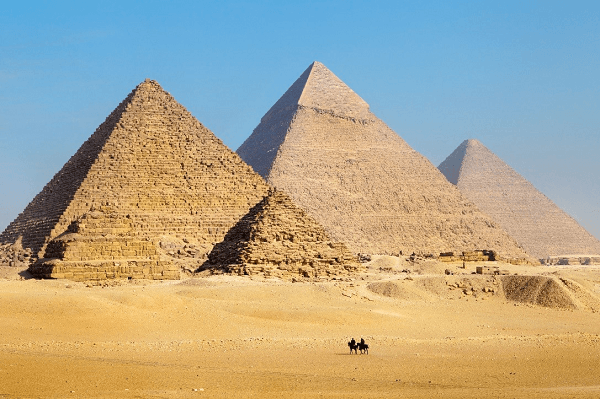 You may not know about this Himalayan kingdom, tucked away within the mountains. However, just because they’re out of sight, doesn’t mean they’re out of mind. Whilst the government has put regulations in place to monitor the number of visitors per day, the main problem stems from pollution in neighbouring towns. Although some of these towns are industrial, mass tourism contributes to this problem.

We all know that pollution is not a good thing. It contaminates water, contributes to acid rain, the list goes on and on. If this continues, in 10 years there’s a chance that the damage caused by pollution will be irrepealable and perhaps people will no longer be able to visit Bhutan or other remarkable destinations. 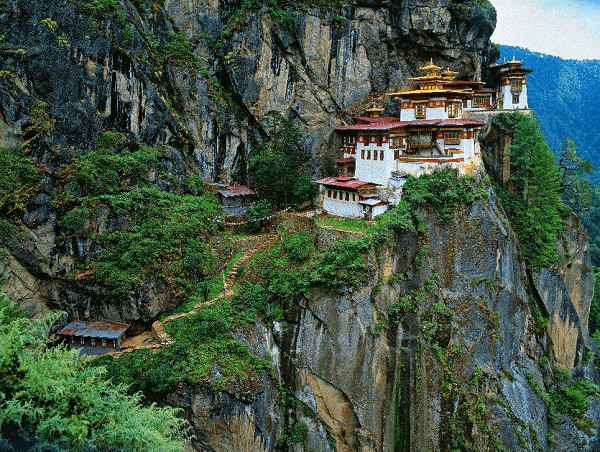 Santorini has become a popular holiday destination, perfect for relaxing, enjoying sophisticated dinners and soaking up the sun’s rays. However, the flurry of eager holidaymakers has resulted in over-crowding. Not only does this create congestion, but puts the Greek island and its residents at risk of losing the essence of their culture, as it slowly becomes westernised.

To try to combat this problem, there is now a cap on the amount of people who can come in from cruise ships each day. This figure is set at 8,000 which is still pretty high. If island demand increases, who knows what Santorini could look like in 10 years. Now that’s a worrying thought! 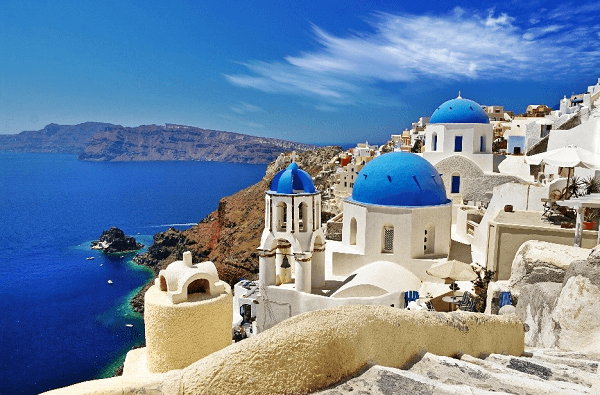 If adventure is what you’re after, Antarctica is sure to knock your woolly socks off. Whilst the continent itself will still be there in 10 years’ time, according to The Independent, scientists have warned that man-made climate change could turn Antarctica green, as plants colonise the land causing the ice sheets to shrink.

The ever-increasing levels of carbon dioxide in the atmosphere could result in conditions similar to three million years ago – now that would be a disaster. 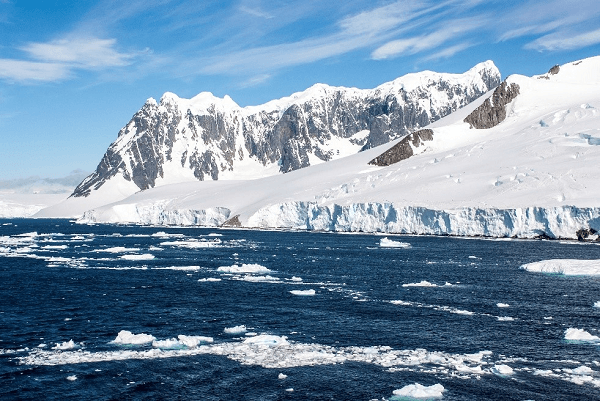 Because of climate change the water is getting warmer, making it difficult for corals to reproduce on mass in the Great Barrier Reef. This means that whilst you’re able to relax in the warmth of the Australian summer, the Great barrier Reef is unable to reproduce at a necessary rate. In fact, spawning was down 89% in 2018 according to research from Nature. It will take five to ten years for the coral to fully recover, and that’s only if conditions improve. 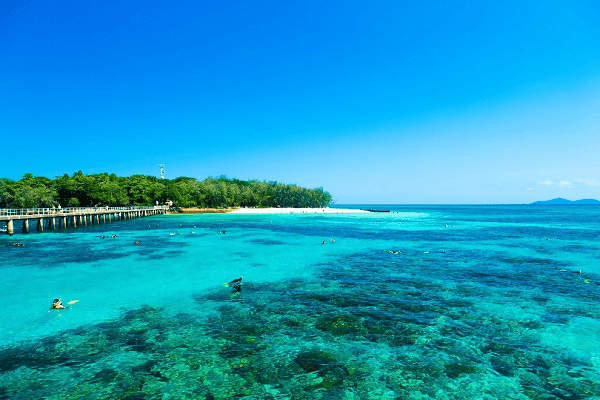 If we don’t become more sustainable in our everyday lives, then the results will be catastrophic. Emissions from human activity have already increased by over 400% since 1950 (according to the Committee on Climate Change) and this percentage is only rising.

However, there are many easy ways we can help to reduce our impact on climate change. For example, we can eat more plant-based food, travel more by foot, bike or public transport, use energy more wisely and recycle plastics.

At Alpha we’re passionate about exploring everything the world has to offer, but in a sustainable and responsible way. Read more on how you can become a sustainable tourist here.